LSE IDEAS Jagiellonian Forum provides insights on the CEE region, and particularly the V4 countries, the Baltics, and transatlantic relations. Our focus is on the ongoing events related to politics, foreign policy, international relations, security, society, economics, and technology.

The Managing Editor is Maciej Smółka. For all content inquiries or publication pitches, please contact him at cseep@uj.edu.pl. 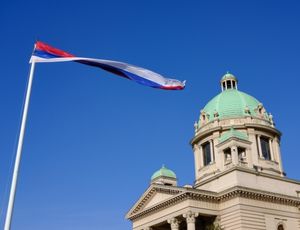 Serbia, contrary to other Western Balkan EU candidate states, is the only democratic European country that did not join any sanctions on Russia imposed after the Kremlin’s aggression against Ukraine on February 24th, 2022. But, surprisingly to some, it did back the United Nations’ resolution condemning the Russian attack. To understand Serbia’s posture we need to go beyond single casual explanations.

Public opinion and the main political discourse in Serbia are dominated by anti-NATO and pro-Kremlin rhetoric. Looking at the headlines one may get the impression that Russia is defending itself and that Serbia is also under possible attack, with President Vucic speaking about the danger of hybrid war against Serbia. While this type of a discourse was perceived as a part of the 2022 election campaign (presidential and parliamentary elections took place in April), after the elections and with more information available about the course of the war, the rhetoric only changed slightly. Contrary to other European countries, Belgrade is not perceived as the friendliest place for asylum seekers from Ukraine, while many Russians are settling in there to escape the difficult situation at home. Most of the domestic political actors declaim anti-war slogans, while avoiding the direct naming of the aggressor or support for Ukraine.

Belgrade says YES to the UN resolution, but NO to sanctioning Russia

What seems to be a cacophony of voices can be explained by analysing several factors. Of course, elections were an important issue. The ruling Serbian Progressive Party (SNS) coalition wanted (and managed) to keep its majority, but needed to fight for every vote in the political arena, from radical nationalists to a moderate electorate driven by utilitarian concerns. In my opinion, however, the elections only influenced the current stance of Serbia on the war in Ukraine to a small extent. To understand the complexity of the problem one needs to look at other explanations.

First, there is the fact that the energy sector is dependent on Russia. Since 2008, the Russian state-owned company Gazprom has possessed majority shares in NIS, Serbia’s national oil and gas company. The sale was a political deal, made below market price, in return for Russia’s stance on Kosovo (especially at the UN level) and promise that the South Stream pipeline planned by Moscow would go across Serbian territory. Following the phone conversation between President Vucic and Vladimir Putin of May 29th, the new energy deal was announced by Belgrade. Prime Minister Anna Brnabic denied allegations that the favourable price was an effect of Serbia not joining in the EU sanctions, but underlined the point that the favourable offer was a result of the negotiating skills of president Vucic.

Second is the presence of strong anti-NATO sentiment (80% of Serbs are against NATO-membership) and a politicised memory of the 1999 NATO intervention in Yugoslavia and the sanctions imposed by the West. Although the background of the current war in Ukraine is different, the understanding of the Russian fear of NATO’s eastward expansion is very widespread in Serbian society. The strength of these sentiments could be observed on the 4th of March, when thousands of Serbs marched in the centre of Belgrade to demonstrate support for Moscow; this happened while in most of the big European cities demonstrations of solidarity with Ukraine were organised and anti-war protests appeared in Russia. A week later, another, this time car-based, a protest was organised in downtown Belgrade followed by other, smaller appearances of pro-Russian activists. An anti-war and predominantly pro-Ukrainian demonstration was organised on March 6th, but was attended by a smaller number of people and representatives of only one opposition party.

This leads to the third issue, which is populist identity politics used by the ruling party to satisfy the majority part of the electorate. The notion of Slavic and Orthodox brotherhood between Serbs and Russians is well-rooted and has been utilised by most of the political elite since the assassination of the first-ever democratically elected Prime Minister, Zoran Djindjic, in 2003. As a matter of fact, perceiving Russia as a friend goes back to the Turkish-Russian war (1877-1878), when all of the Balkan nations that had for centuries been under Ottoman rule looked forward to eliminating or at least limiting Turkish influence in the region. The politicisation of religion also plays an important role, as the Church became one of the most prominent political actors in recent years, promoting the idea of Kosovo as the “heart and soul of Serbia” and strengthening relations with the Russian patriarchate. The activities of the Orthodox church have a clear anti-Western objective, going hand-in-hand with the attempt to keep Serbia out of the EU and strengthen relations with Russia.

Moreover, recently we may observe rising nationalist rhetoric, including the glorification of war criminal Ratko Mladic, who is serving a life sentence in The Hague for the Srebrenica genocide. The SNS coalition is turning a blind eye to these tendencies, hoping to gain another few percent of support by supplying the nationalists with anti-Western activities (such as preserving of  Mladic’s mural in the centre of Belgrade). This is also connected to the lack of self-reflection and acceptance of responsibility on the Serbian side in the violent Yugoslav wars; the war criminals that served their sentences in The Hague and afterwards returned to Serbia are often seen as heroes.

Last but not least is the issue of Kosovo, the Serbian south-east province that in 2008 unilaterally declared independence. Despite this independence being recognised by the U.S. and 22 EU member states, and more than half of the UN member states, Belgrade refused accept Kosovo’s right to self-determination. As explained, Belgrade claims Kosovo to be part of its sovereign territory and the symbolic “soul” of Serbia - one of the most important historical lands. Russia does not recognise the independence of Kosovo, and as a permanent member of the UN Security Council can block Kosovo from joining the UN or other international organisations.  As long as Russia remains an ally of Belgrade the status of Kosovo will not be solved, despite the attempts to normalise relations (such as the so-called Brussels agreement of 2013 or the Washington economic deal facilitated in 2020 by UUS.S. President Donald Trump). Consequently, anti-Western attitudes go hand-in-hand with the denial of the independence of Kosovo and are strengthening the rhetoric of Slavic/Orthodox brotherhood among the Serbian population.

Serbia between the EU and Russia

For the last 20 years Belgrade’s foreign policy has aimed at balancing the issue of  EU membership with maintaining close ties to China and Russia. But in the long-term perspective, you cannot spend your life sitting on the fence – the currently ambiguous stance on the war in Ukraine could bring the possibility of being marginalised in the process of European integration, leaving doors open for other, non-Western influences. This would not only slow pro-democratic reforms in Serbia but also have negative consequences for the EU due to the Serbian geopolitical position and strong economic ties between Belgrade and the EU member States. Despite the rhetoric, the majority of foreign investment still comes from the EU countries. Recently yet another EU sponsored project was announced – this time a 35.7 million euro donation towards the building of the university children’s hospital, showing that the EU contribution is relatively the biggest, although the majority of Serbs are not even aware of this (due, among other things, to poor EU communication). The opposition to pro-Russian, nationalist discourse exists but it seems weak and fragmented. As the result of the recent elections Mr. Vucic will try to keep business as usual and continue efforts to meander between big powers.

The question remains as to whether the EU, preoccupied with the war in Ukraine, will keep turning a blind eye to Serbian attempts to marry anti-Western rhetoric with the European cooperation. If so, this will be a huge disappointment for the small but still-existent pro-European organizations and citizens, who tend to see the EU and the process of enlargement as the last hope for the democratisation and Europeanisation of the country. On other hand, a lot will depend on the future scenario for the European project.  Serbia may be willing to be part of the circle of states who will be economically connected, but not a subject of deeper political cooperation. One thing seems to be certain: loosening economic ties is in neither Vucic’s nor the EU’s interest. 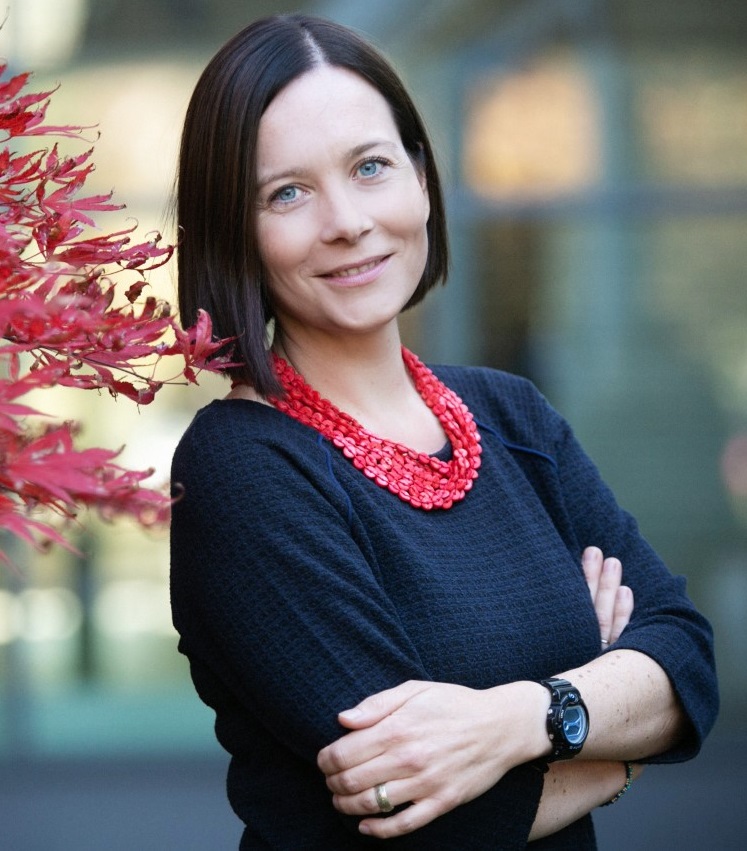 Natasza Styczyńska is an assistant professor at the Institute of European Studies of the Jagiellonian University. Currently, she is a researcher in two H2020 projects: Populist rebellion against modernity in 21st-century Eastern Europe: neo-traditionalism and neo-feudalism (POPREBEL) and EU Differentiation, Dominance and Democracy (EU3D). Her academic interests include transformation processes in Central and Eastern Europe, party politics, nationalism, populism, and Euroscepticism in the CEE region and the Balkans.